The data shown below was gathered from state licensing boards or other regulatory organizations in charge of overseeing the speech-language pathology professions. Every year, the information is evaluated. Please be aware that laws, rules, and policies are subject to change at any time, so you should always contact your state for the most recent details.

● The PRAXIS examination or a national exam recognised by the Department that assesses the theory and practise of the profession is required for licensure as a licenced speech-language pathologist.
● Candidates for the exam must submit an application and payment to the specified testing agency directly.

A Networking Platform for the Special Needs Community 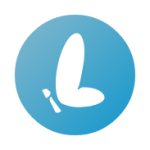